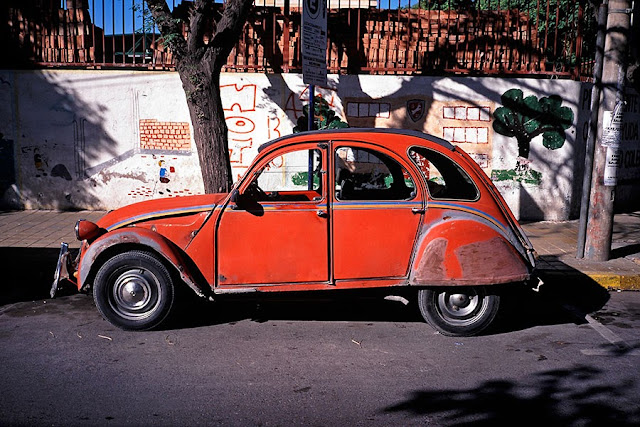 Citroen CV2
Posted by Roland Andrijauskas at 12:41 PM No comments: 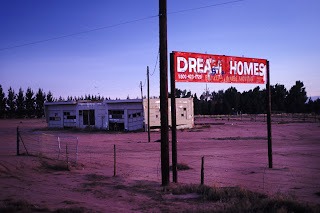 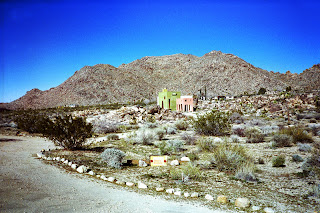 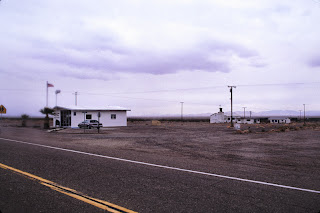 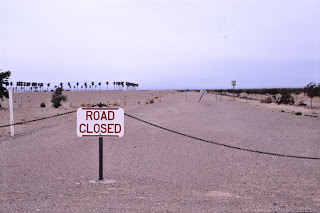 Posted by Roland Andrijauskas at 10:12 PM No comments: 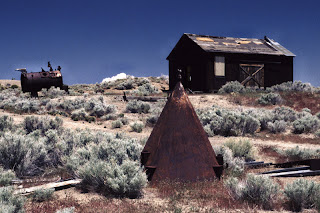 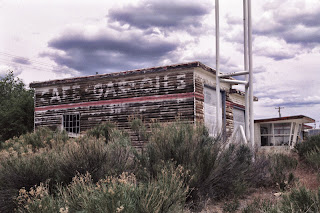 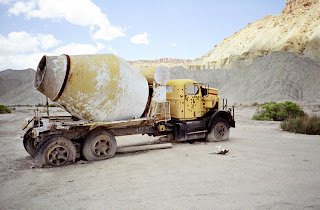 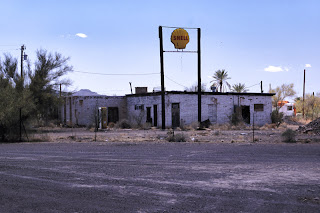 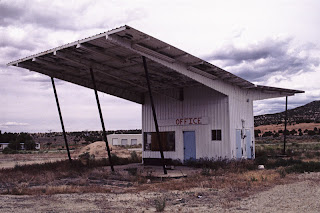 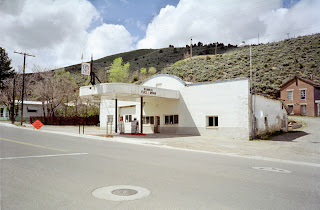 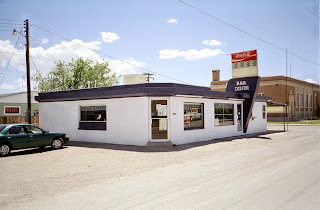 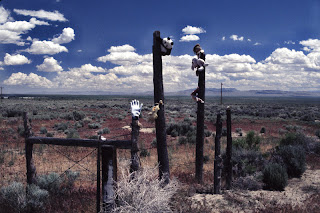 Posted by Roland Andrijauskas at 6:35 PM No comments:

I rarely read short stories published in The New Yorker. I try, but most of the time I don't like subject, style, or story fails to engage. It takes a couple of sentences written by good writer to suck me in. Very few authors text works on me this way. Baptizing the Gun by Nigerian writers Uwem Akpan did exactly that. I never been to Africa, but after reading first two lines I was felt engulfed with sounds and smells of African roadside. Lagos, 8 million desperate souls megalopolis. I was invisible on the back seat of battered red Volkswagen Beetle driven by main character in addition to his unwanted passenger on a road trip in Nigeria... I kept reading, missed my Subway stop, sign of good writing.

In 2006 I and my brother spent 2 weeks traveling in Burma. It was interesting, but not easy trip. We found that we have to hire car with guide and driver to move around the country. Many places, towns were closed to foreigners and our guide most likely reported about our movement to secret police. He has was kind of stressed  if we getting out of his sight. 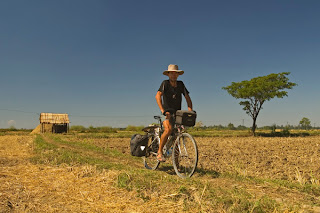 While on the road from Bagan to Yangon, we noticed foreigner riding his bicycle loaded with side bags. Not to many foreigners in Burma, seeing one on the bicycle evoke amusement and curiosity. He moved almost as fast as we were going by the old Japanese car on not very good road. By the end of the day, at the hotel we saw bike parked inside. Later we met mysterious traveler. It turns out he was from France. " Tour de France?" - I asked glancing at the bicycle. "No, Tour du Monde."- said man. My jaw dropped. 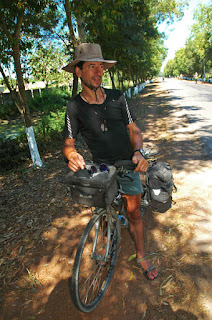 He was from Normandy, used to work at ship yard and one day just decided just go around the world by bicycle. Just like that. No sponsorship, TV crew or book deal. Hervé LEDUC was traveling since 2004. 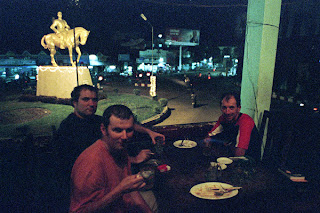 We had dinner together. Despite hardships of the road Frenchman was full of energy and very funny dinner companion. He shared with with some his adventure stories. Not long ago he was chased from some Burmese town by local police, because it was off limits for foreigners.
Hervé LEDUC still on the road by this day. He was in France for some time in 2009 because death of his father, and then again, back on the road. I just got a short email from him from China.
Amazing!  What a wonderful way to live life.

Páramo de Oceta, near small Colombian town Mongui is fantastic place. Páramo (from the Spanish word for "desolate territory") is a unique ecosystem. It is located in the high elevations, between the upper forest line (about 3000 m altitude) and the permanent snow line (about 5000 m). The ecosystem consists of mostly glacier formed valleys and plains with a large variety of lakes, peat bogs and wet grasslands intermingled with shrub lands and forest patches. Nearly 57% of this ecosystem worldwide is found in Colombia. 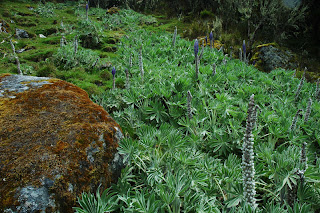 The plants here very unusual and beautiful, would take time and special knowledge to explore about 5000 different plant species. About 60% of these species are endemic, adapted to the specific physio-chemical and climatic conditions, such as the low atmospheric pressure, intense ultra-violet radiation, and the drying effects of wind. Most spectacular from them is Espeletia, commonly known as Frailejón. It grows 1 cm a year. Many of them are 200 - 300 and up years old, and remember Spanish conquistadors. The flowers are usually yellow, similar to daisies, or tiny Sunflowers. Old dry flowers remains on stem forming protective layer. Look what reminds Joshua Tree. 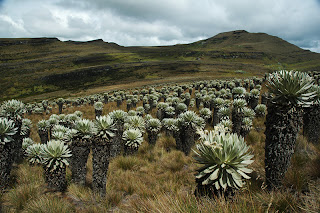 Páramo ecosystem is very fragile.What is still remains is very close to area inhabited by people, under the threat of farmland expansion. Gradually native flora getting replaced by more useful potato plant... Locals have a hope to make Páramo de Oceta a tourist attraction, but too many visitors can be equally damaging. 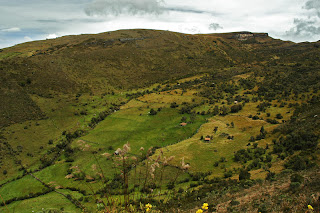 Posted by Roland Andrijauskas at 9:22 PM No comments: 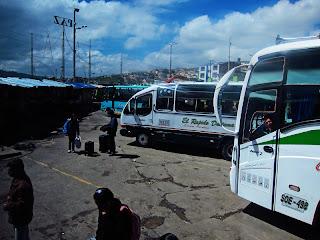 Tunja bus terminal
Bus ride in Colombia is a pleasant experience. Mountain scenery is very beautiful, full of flowers and lush greenery. Private land very well kept and tended, bordered with neat fences. Nothing that resembles to the country locked into permanent internal social conflict. Colombia probably more safe than many Latin American countries. Fighting still going on, but pushed down to remote areas. I took night buses, no problem.
People relaxed, friendly and ready to help. They very happy to see foreigner coming to see their country.
Small towns compete for the name of Most Beautiful Place in Colombia  Old colonial buildings lovingly restored, streets are clean full of colors and flowers. Very few tourists - a big plus. 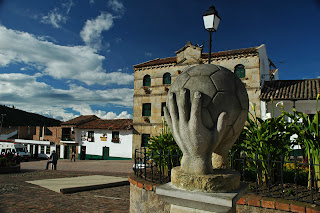 
Food is simple, but good quality and filling. I was always was able get fish. Prices at Supermarkets like in US, I think too expensive. In eight days I  was not be able to try all exotic tropical fruit varieties growing in different areas and altitudes.
It was short pleasant trip, I need to come back for more. 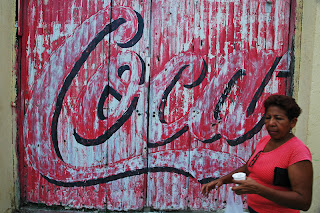 Posted by Roland Andrijauskas at 3:39 PM No comments: